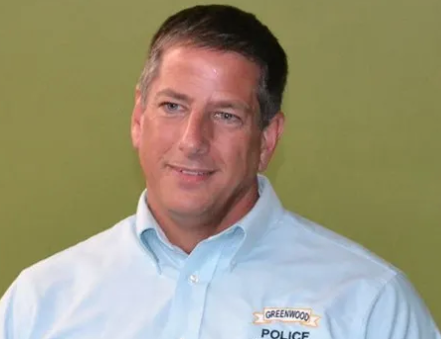 KANSAS CITY (AP) -A federal grand jury has indicted a former northwest Missouri police chief accused of striking a handcuffed man after the chief helped rescue the man's infant daughter from a pond.

Federal prosecutors said 50-year-old Greg Hallgrimson, of Kansas City, was charged Wednesday with violating the man's civil rights. The indictment identifies the man only as "J.Z." but Hallgrimson had previously been accused of using excessive force against Jonathon Zicarelli. Hallgrimson resigned in June.

Zicarelli told Greenwood police in December that he had tried to drown his 6-month-old daughter in a nearby pond. Hallgrimson and another officer rushed to the pond and rescued the child.

The indictment alleges Hallgrimson struck J.Z. in the face with his fist while he was restrained in a chair on the same day the child was rescued.

Hallgrimson's attorney, Robin Fowler, said he will plead not guilty and go to trial.