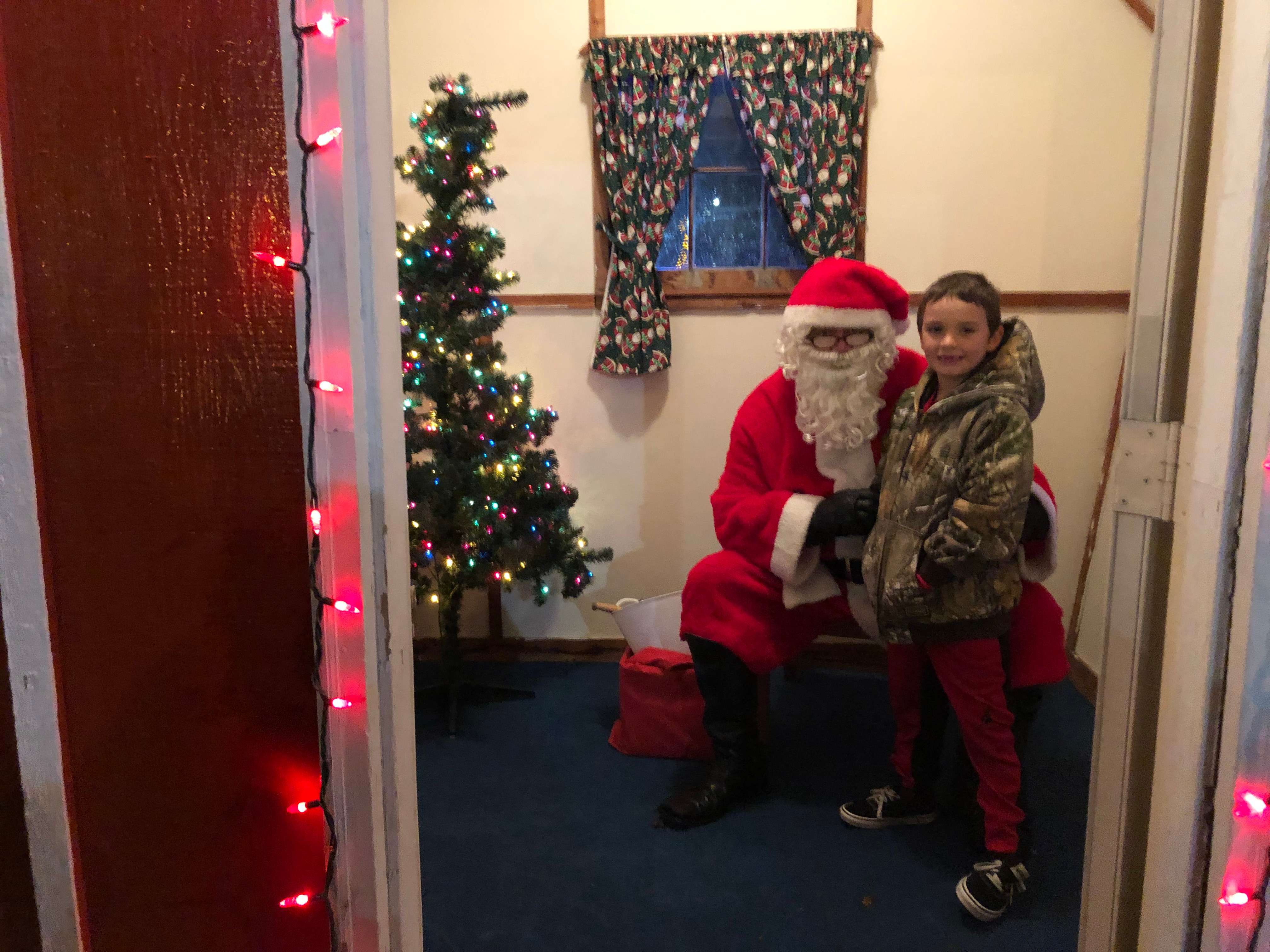 Decorated floats including a steam engine, Christmas lights, the Junction City High School Marching Band, Cheerleaders, J-Steppers, and lots of kids in angels costumes all were part of the 24th annual Junction City Area Chamber of Commerce Christmas Parade brought to you by Eagle Communications in Junction City.

Despite chilly weather interspersed with light rain showers there was a good turnout to watch the parade which traveled from the Junction City High School parking lot down Eisenhower to Sixth Street and then downtown to Washington Street. It ended with the arrival of Santa Claus on a red stage coach. After a switch was flipped in Heritage Park the lights for the Christmas decorations came on and Santa Claus visited with children in his Santa house in the park.

Award winners in the parade included:

--Episcopal Church of the Covenant, the County Commission Award 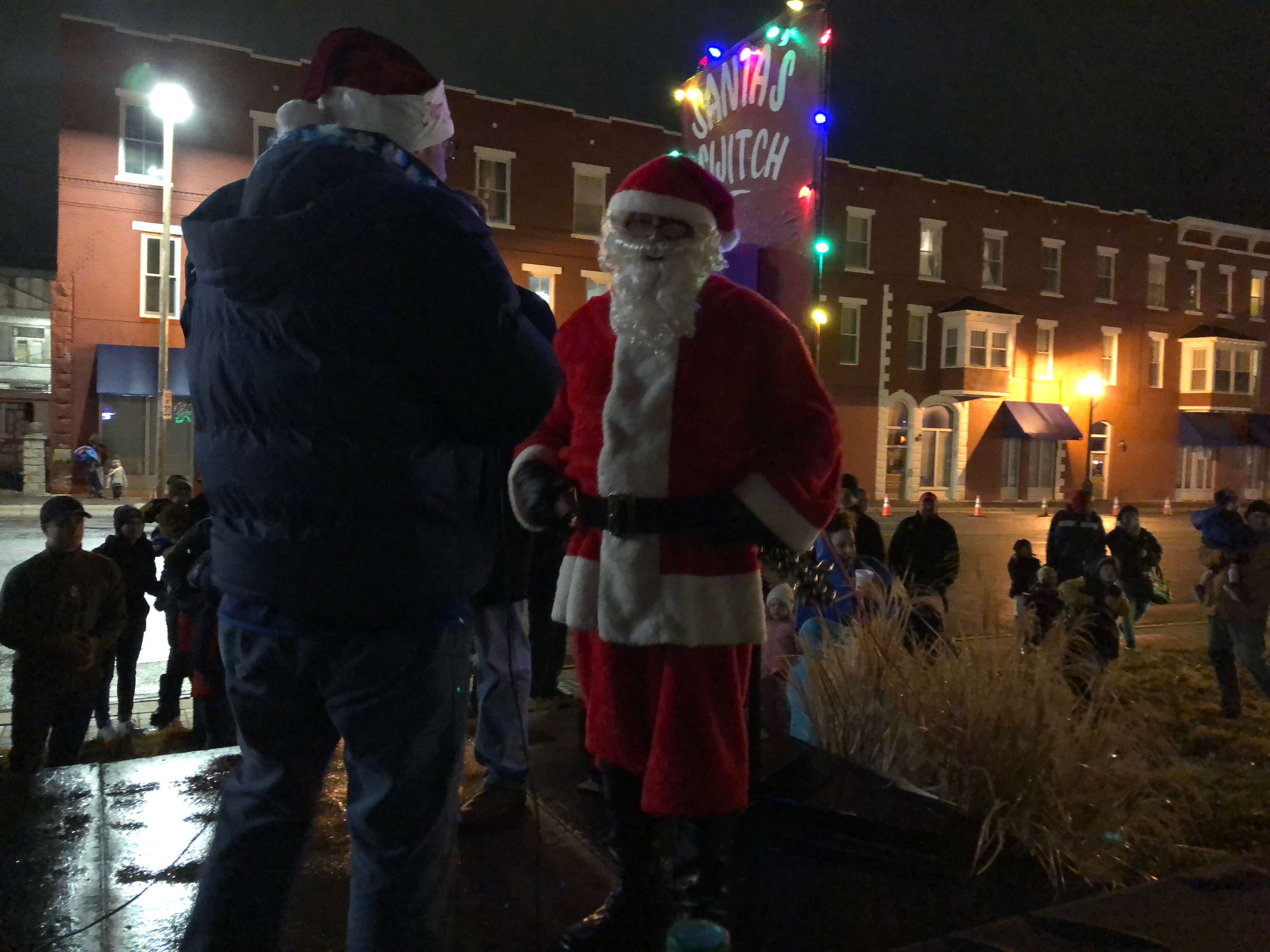 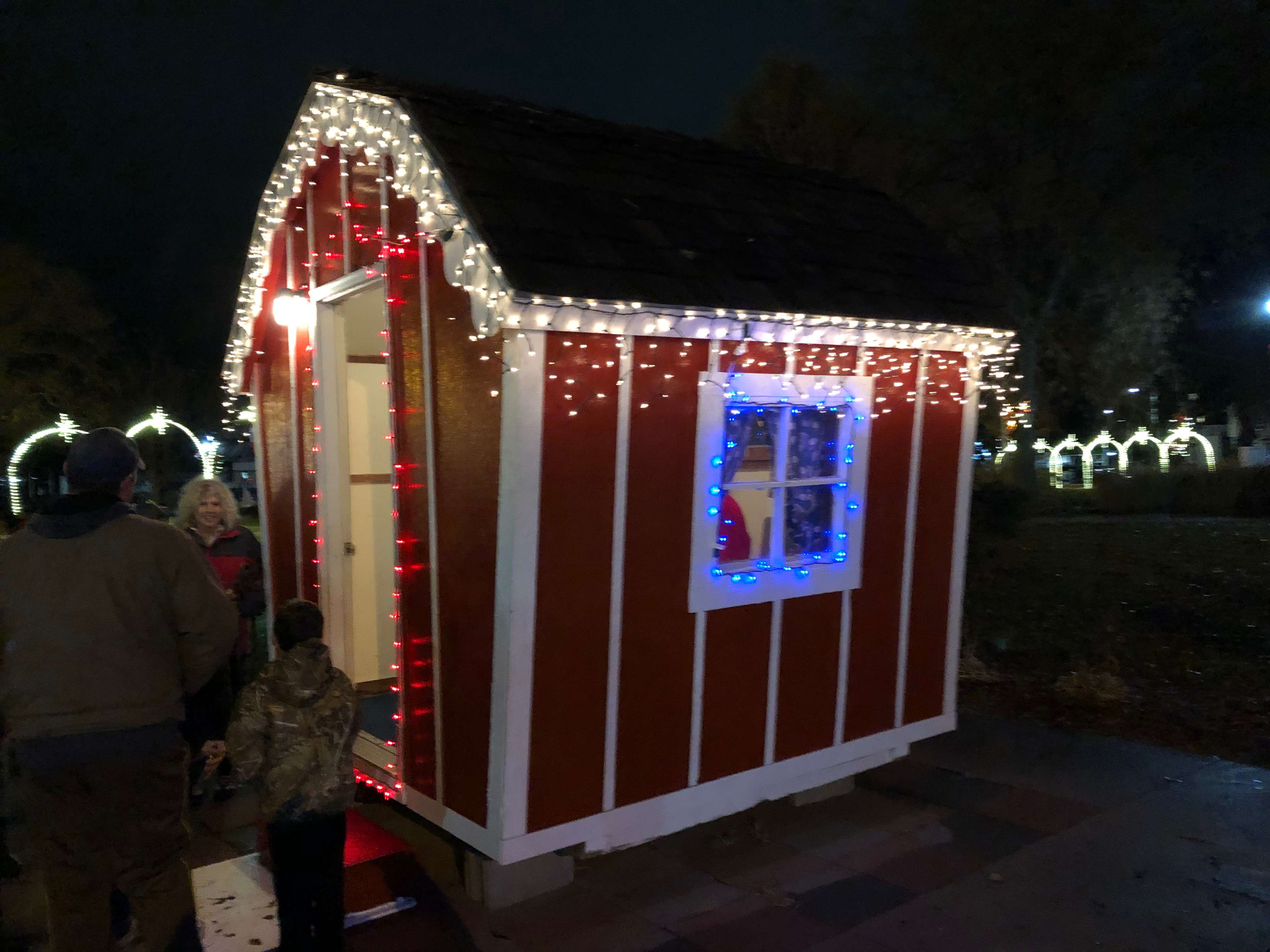