There is a full nest at Fort Riley 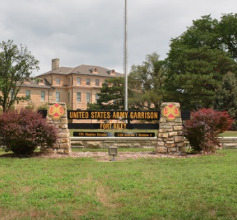 More than 6,000 Fort Riley troops who were deployed during the past nine months have returned to the post. That was confirmed by Garrison Commander Col. Stephen Schrader Monday evening during a USD 475 Board of Education meeting.

Schrader stated, "There is a full nest back on Fort Riley now so on Saturday night at 2200 hours ( 10 p.m. ) I welcomed back our final flight of deployers, the 300th MP Company coming back so we've got everybody back home on Fort Riley from the last nine months worth of deployments. So it's a good thing."

Troops were deployed to locations such as Europe and Iraq.