🎥 Who got what? Moran questions small-business virus relief effort

Striking a theme frequently pushed by President Donald Trump, Mnuchin warned that prolonged business shutdowns would pose long-term threats to the economy, from widespread bankruptcies for small businesses to long-term unemployment for millions of Americans.

“There is risk of permanent damage,” Mnuchin said.

Powell, by contrast, stressed, as he has in recent weeks, that the nation is gripped by an economic shock “without modern precedent” and that Congress must consider providing further financial aid soon to support states, localities, businesses and individuals to prevent an even deeper recession.

“What Congress has done to date has been remarkably timely and forceful,” Powell said. “But we need to step back and ask, ’Is it enough?”

Their points of emphasis reflect the contours of a debate occurring across the country, among individuals, business people and political leaders, about when and under what circumstances the economy should reopen and what further help the government can or should provide.

Mnuchin and Powell offered their views at an oversight hearing of the Senate Banking Committee at which members of both parties questioned them about when their agencies will distribute more of the emergency aid that Congress provided in late March to struggling small businesses and households.

Powell said that a highly anticipated lending program the Fed is creating for small businesses should be operating by the end of the month. And in a turnaround, Mnuchin said the Treasury is now prepared to absorb some losses in that program, which is funded by Treasury. Doing so could enable the Fed to take on further risk with the program and help more struggling companies.

During the hearing, Mnuchin clashed sharply with Democratic Sens. Sherrod Brown of Ohio and Elizabeth Warren of Massachusetts over the administration’s support for a phased reopening of the economy and over its reluctance to require that all companies that receive government aid keep their workers on the payroll.

Brown charged that the Trump administration was risking the lives of lower-income workers by supporting reopening efforts and was doing so simply to boost financial markets. He asserted that the administration hasn’t done enough to protect front-line workers — by, for example, ramping up viral testing — even as most states start allowing restaurants, stores and gyms to reopen.

“The administration wants to put more workers at risk to boost the stock market,” Brown said.

“Your characterization is unfair,” Mnuchin responded.

The hearing was the first in a planned series of quarterly oversight sessions focused on spending programs authorized in the $2 trillion federal relief package that is overseen by the Treasury Department and Fed. They include the $660 billion small business lending facility, known as the paycheck protection program, as well as $46 billion in grants to airlines and $454 billion to support the Fed’s lending.

The Fed announced in March that it would set up the Main Street Lending Program, which will provide up to $600 billion in loans to medium-sized businesses that are too large to participate in the Paycheck Protection Program. The Treasury has provided $75 billion, drawn from the $454 billion set aside by Congress, to cover any losses from the Main Street program.

Mnuchin said that under some scenarios the Treasury could lose some or all of that $75 billion.

“Our intention is that we intend to take some losses,” he said.

The Fed has also said it will buy debt issued by state and local governments, which are facing plummeting revenues as the viral outbreak has eliminated tens of millions of jobs and slashed income tax and sales tax revenue. At the same time, states and cities are facing much higher health care costs.

Yet the Fed’s program will make it easier for governments to borrow in the municipal bond market. Powell, under questioning, said that states might need more direct help from the federal government to avoid laying off workers, with the unemployment rate, at 14.7%, already the highest since the Great Depression.

Mnuchin came under sharp questioning from Sen. Elizabeth Warren, who charged that he wasn’t doing enough to force companies that receive aid from the Main Street Lending program, as well as other aid provided by the Fed and Treasury, to keep workers on their payrolls.

The senator pressed Mnuchin to ensure that the loans include that requirement. When Mnuchin declined to commit to that change, Warren said, “You’re boosting your Wall Street buddies.”

Mnuchin told Warren that the legislation providing the funds includes restrictions on top executive pay and on company dividends and stock buybacks.

Mnuchin said in prepared testimony that so far, the paycheck program has processed more than 4.2 million loans for over $530 billion “to keep tens of millions of hardworking Americans on the payroll.” The loans need not be repaid as long as the borrowing business uses 75% of the money to cover workers’ paychecks.

But many small companies say the terms are too onerous. To have the loans forgiven, they must rehire all their employees within eight weeks of receiving the funds, even if they have little business or work for them to do. These companies argue that they might have to lay off their workers again at the end of the eight weeks — and may have little money left to help ramp up when business does return.

Mnuchin, pressed about those issues and about opening the loan program to more nonprofits, said his department was considering making changes.

Lawmakers from both parties have criticized the Payroll Protection Program, which initially provided $349 billion in forgivable loans to small companies but has been plagued by a host of problems.

Many businesses were unable to get loans before the initial funding was exhausted. A second round of loans faced computer processing delays and a number of publicly traded companies ended up receiving money that Mnuchin demanded be paid back to the government.

WASHINGTON (AP) — A small, overlooked federal agency is shouldering a massive relief effort for the nation’s small businesses and their workers left reeling by the pandemic.

The Small Business Administration has committed to auditing every sizable emergency loan it approves.

But six weeks after the $600 billion-plus program was launched, the agency has yet to make public the recipients of taxpayer aid.

A signature piece of Congress’ multitrillion-dollar pandemic rescue, the unprecedented lending program is targeted to help small employers stay afloat and preserve jobs in a cratering economy losing tens of millions of them.

Managing the program fell to the SBA, an agency with some 3,200 employees and an $819 million annual budget that’s one-tenth the size of the Commerce Department’s. On at least two occasions last month, the SBA’s computer system slowed under the crush of loan applications, creating a bottleneck. The agency says it has processed 4.2 million loans for some $530 billion in awards.

The need for a detailed public accounting of the small-business relief program is amplified by controversy over how it has unfolded since early April. It’s important as a way for the public to know whether the program is working as Congress intended.

Several hundred publicly traded companies received hundreds of millions of the low-interest, potentially forgivable loans. They tapped the federal aid despite their likely ability to get the money from private financial sources. Some had market values well over $100 million, and many had executives earning millions annually.

On its website, the SBA says it “is becoming more transparent, participatory and collaborative through open government.” It cites, among other things, its Freedom of Information Act program and improvements to online services.

So far, the agency has only provided general information, such as the total amounts of loans awarded in a given time period.

With huge amounts of money flying out the government’s door in a crisis, full public disclosure can help prevent fraud and improper spending, says Kathleen Clark, a law professor at Washington University in St. Louis and expert in government ethics.

Otherwise, “the risks to taxpayers are greater,” Clark said. “I would think the SBA would be proactive in making information public.”

Asked by news organizations for information on the companies receiving loans and when it might be provided, the SBA has said it’s too consumed now by the urgent effort of helping small businesses through the economic downturn. It says specific loan data may be released sometime “in the near future.”

“At this time, the agency is focusing its efforts on assisting small businesses during this unprecedented disruption to the economy,” the SBA says. “The agency recognizes the need to balance the interests of transparency with the privacy and confidentiality issues release of loan information raises.”

It was news reports of big companies receiving loans that sparked the public outcry. The Associated Press and several other news organizations combed through voluminous filings with the Securities and Exchange Commission to unearth public companies that had received PPP loans. The SBA did not make the information public.

That may be surprising because, until now, the SBA has regularly released information on businesses that have borrowed under its main lending program, the so-called 7(a) program.

In fact, the loan application for the Paycheck Protection Program includes this notice to potential borrowers: Under the Freedom of Information Act and with certain exceptions, the SBA “must supply information reflected in agency files and records to a person requesting it.”

Several news organizations, including The Washington Post and The New York Times, have sued the SBA in federal court over its not having released the loan data despite several FOIA requests. They accuse the agency of violating the FOIA law. The SBA has declined to comment on the lawsuit.

Amid the public outcry, Mnuchin recently threatened criminal prosecution and warned companies they must return the money if they falsely certified that they needed federal aid to operate and couldn’t get it elsewhere. SBA set a deadline of Monday for companies with improperly received loans to return the money without penalty.

But last week, SBA issued revised guidance indicating that criminal action won’t be pursued if companies found to have falsely certified their needs return the money.

Elsewhere in the government, the Treasury Department recently released an accounting of its emergency lending program for airlines and air cargo carriers under the pandemic relief legislation. 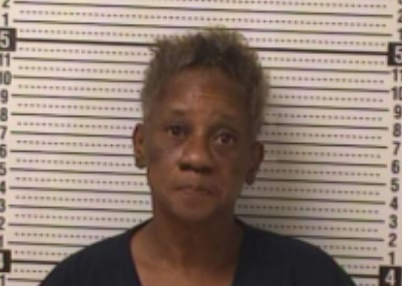 MONTGOMERY COUNTY — Law enforcement authorities are investigating a suspect on multiple charges after a chase and search.

Just after 10:30p.m. Saturday, a sheriff's deputy attempted to conduct a traffic investigation on a 2013 Ford Taurus for inoperable tail lights in Independence, Kansas, according to Sheriff Ron Wade.

The deputy advised dispatch and other deputies that the vehicle was refusing to stop and driving recklessly.

Deputies joined the pursuit at Oak and 21st street in Independence and proceeded through the soccer field on Peter Pan Road.

Deputies suspended chase through the field and positioned themselves on county roads surrounding the field where they were able to see a subject run from the vehicle.

Deputies approached the vehicle on foot and cleared the vehicle for any other suspects and then began to follow footprints in the mud until they could no longer see them. Deputies cleared the area and responded to the address that the vehicle was registered to on Peter Pan Road.

Once at the residence the owner of the vehicle advised that 57-year-old Tonia Kay Harris was driving the vehicle.

The owner of the residence stated that Harris was not there at that time. Deputies returned the following day to apprehend her. She was hiding in a closet, according to Wade.

Deputies booked Harris on requested charges that include Fleeing or Attempting to elude a LEO, Theft of property/services, Interference with LEO, Criminal damage to property, Driving while license cancelled/suspended/revoked.