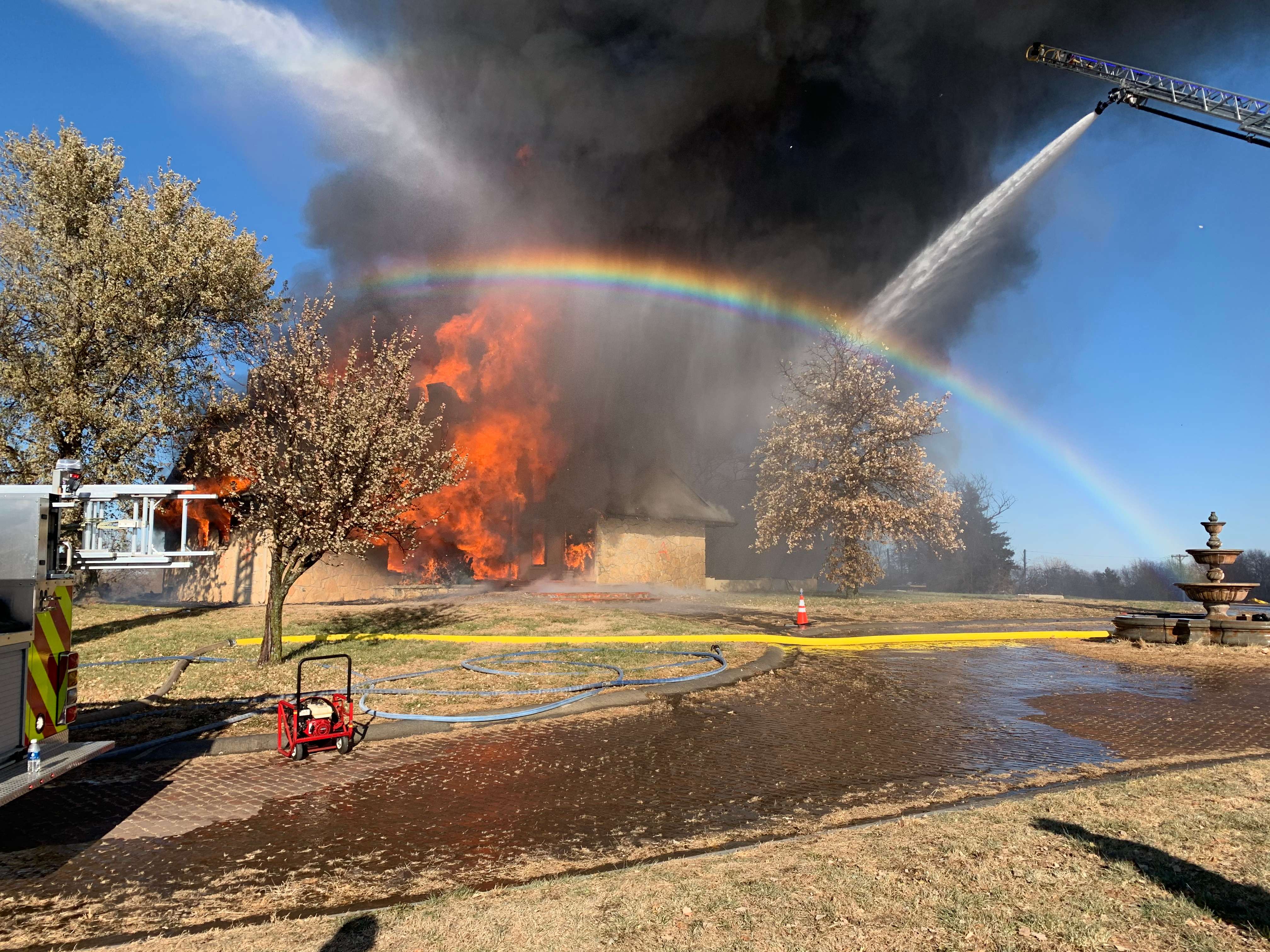 Firefighters focused their training efforts on a vacant house at 1550 McFarland Road on Thursday. They spent much of the day burning interior rooms before allowing the entire structure to burn at mid-afternoon.

Preparations for the fire began early Thursday morning and a portion of McFarland Road was closed to traffic during the exercise. Spectators were able to access the site to view the blaze Thursday afternoon.