Defense comes up big for the Chiefs in Super Bowl win

The Kansas City Chiefs had struggled all night to pick up their fizzling offense, and fans who had watched their defense let them down for years looked as if they were going to rue its performance once more on the game's biggest stage.

That's when new coordinator Steve Spagnuolo's defense penned a different ending to the script. The Chiefs forced the San Francisco 49ers into a pair of punts in the fourth quarter, when they were facing a double-digit deficit for the third straight game, and that gave Patrick Mahomes and Co. a chance to rally for a 31-20 victory — the first championship for the long-suffering franchise in 50 years. 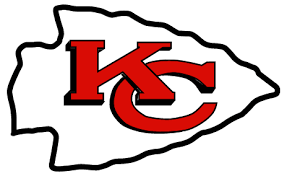 Patrick Mahomes led the Kansas City Chiefs to three touchdowns in the final 6:13, and they overcame a double-digit deficit for the third postseason game in a row to beat the San Francisco 49ers 31-20 in the Super Bowl.

The Chiefs, playing in their first Super Bowl game in 50 years, trailed 20-10 and faced a third and 15 when Mahomes threw to Tyreek Hill for 44 yards. They scored a touchdown four plays later, and quickly forced a punt. Mahomes then hit Sammy Watkins for 38 yards to set up a 5-yard scoring reception by Damien Williams that put Kansas City ahead to stay with 2:44 to go.

In Junction City multiple fireworks could be hear going off in the city after the big win by the Chiefs.