New-look Royals head to spring with fresh outlook on growth

The Kansas City Royals head into spring training with a new outlook. The team was sold in the offseason to Kansas City businessman John Sherman and Mike Matheny was hired to replace retired manager Ned Yost. The moves come after the Royals lost more than 100 games for the second consecutive year.

The Royals spent last season trying to usher the first wave of young players to the big leagues. Their development will be a major focus this season. So will the growth of the young pitchers still in the minors. Pitchers and catchers report to Arizona on Feb. 12. 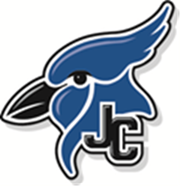