CLEVELAND (AP) — A teenager who planned to set off an explosive device at an Ohio high school and called police about a hoax hostage situation at Lee Elementary School in Manhattan, Kansas has been indicted on federal charges, prosecutors said Friday.

Allen Martin Kenna, 18, has been charged with attempted use of an explosive device and interstate communication of threats, according to the U.S. Attorney’s Office in Cleveland. Court records don’t indicate whether he has an attorney.

Kenna drew the attention of police in his hometown of Cuyahoga Falls, Ohio, in early January after he was identified as the person seen walking the hallways of Cuyahoga Falls High School after hours recording a video, an FBI agent wrote in an affidavit. The person fled when approached by school personnel.

He was identified the next day by someone who said Kenna had been talking for months about plans to shoot people at the school during lunch hour, the FBI agent’s affidavit said. The person said Kenna also had made frequent sexist and racist remarks and that he “centers his life around researching and talking about terrorism, white supremacy, and his knife collection,” the FBI agent wrote.

Cuyahoga Falls police arrested Kenna and searched his family’s home on Jan. 8, seizing items that could be used to make an explosive device along with gun magazines, ammunition and knives. Investigators also took computers and other electronic devices that were turned over to the FBI.

The FBI learned from a diary found on his laptop that it was Kenna who called the Riley County Police Department in Manhattan, Kansas, in November saying someone was being held hostage inside a Lee elementary school, according to the affidavit. Members of a SWAT team learned it was a hoax after several hours of talking on the telephone with the purported gunman.

Kenna in his diary described the hoax as “fun.”

“I mean I guess it could possible (sic) get me notoriety in the long run, but I was just bored, that’s all,” Kenna wrote.

Other diary entries, which he began writing in the summer of 2018, detailed conflicts with his father, his parents finding knives and pipe bomb materials, and his thoughts about mass shootings, killing his family, Ohio Gov. Mike DeWine and President Donald Trump, the FBI affidavit said.

FBI agents also reviewed videos that showed Kenna inside the high school and describing his plans to detonate a bomb there. 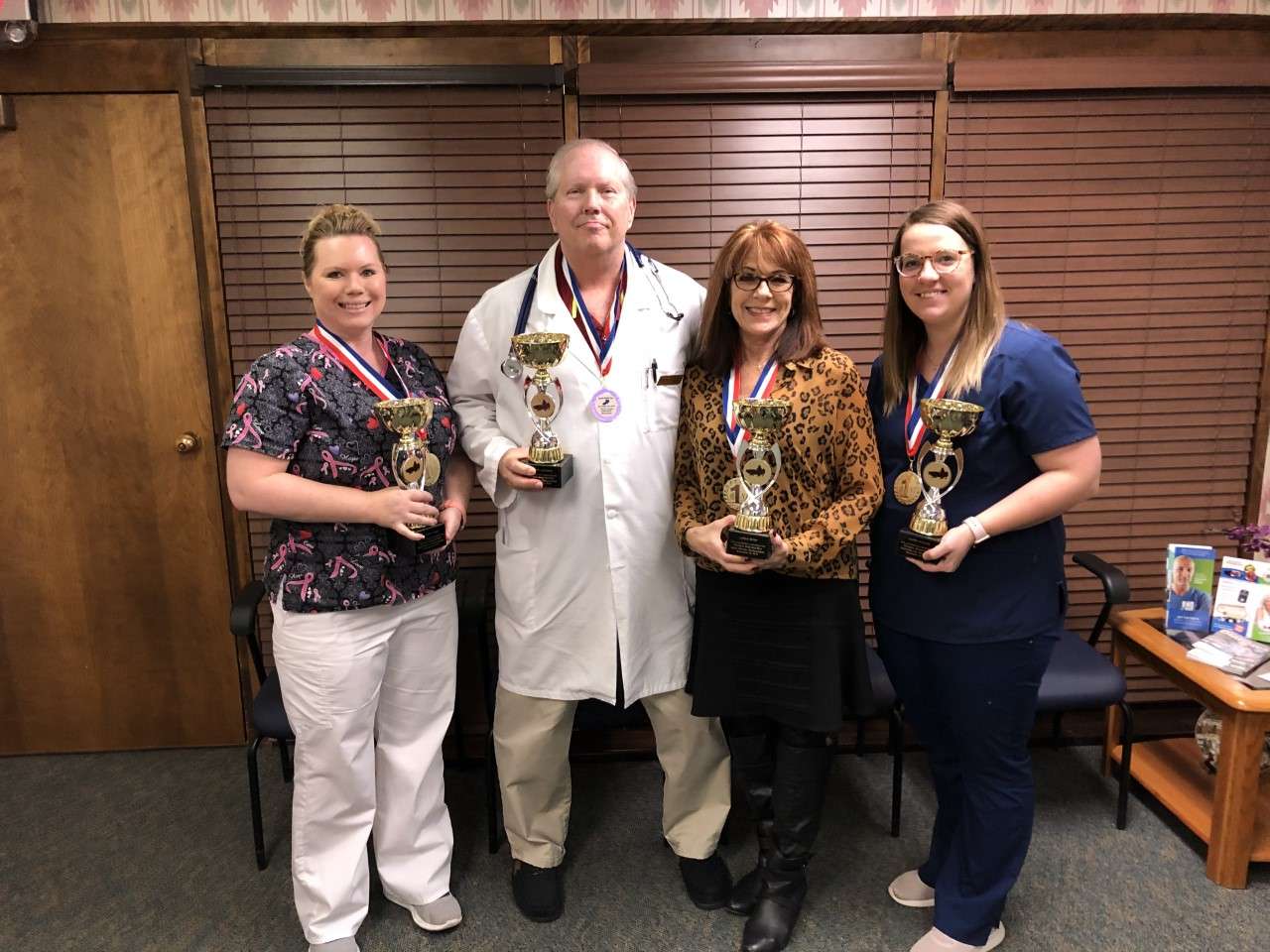 Hong Kong, Paris, Denmark, Greece and most recently Switzerland are just some of the places visited by Dr. Richard Lochamy and the staff of his medical practice in Junction City. When they're not treating patients in their suite at Geary Community Hospital they travel the world together.

Lochamy operates his practice  with the help of three staff members, Office Manager Larae Miller, lead registered nurse Michelle Evans and certified nurse's aid Caitlin Krenke. Two times a year the doctor pays for a trip for himself and his staff to some pretty interesting vacation destinations. Some of the others have included the Bahamas, the Carribean, London, Ireland, Turkey, Sweden, Australia, Hawaii, the Canary Islands, Rome and Sicily.

Lochamy explained that to thank his staff they travel around the world. "We've been to many foreign countries, and I know that I'm providing something to them that they would probably never ever get to do, but we're creating good memories here. "

Recently they spent eight days in Switzerland where they all rode an Olympic bobsled run in St. Moritz. "We've got trophies and medals behind. " Lochamy added that the group was split up into two different slots for the run. The driver and braker were provided for each slot with two members of the staff sitting in between them. "What was best about this is that the track was one mile and six-tenths in length, our time was 1 minute 13 seconds, and our speed was 134 kilometers an hour, which is just about 85 miles an hour.

To remain safe the riders wore a fire retardant mask and a special protective head gear along with their winter clothes in the cold weather.

Lochamy said the ride was scary. "We can all still hear the steel on the ice and the speed of the scenery going by. There were 20 hairpin turns just like you see on TV. The best part about it was when I saw the finish line I knew we had it."

Larae Miller, Enterprise, said if she didn't work for Dr. Lochamy these trips would never have happened for her. "My boss jut decided we were going to see the world with him and he loves to travel. So there we go, pack your bags. Larae. chuckling,  called the bobsled ride "the scariest thing ever. I thought that was my last day on earth."Miller added, "We just had to sit in the sled and hang on. It was very fast, sharp curves." When they reached the finish line she noted that she was shaking and thankful that she was there.

Caitlin Krenke, Junction City, noted the bobsled run definitely produced an adrenaline rush afterwards. She remembers the ride as a blur. "I just was focused on keeping my head straight and not hitting it on the side of the car." Krenke described Switzerland as a beautiful place, with the trip also including a visit to Zermatt where a prominent mountain in the Alps, the Matterhorn is located. She agreed that this is quite a job perk for members of the office staff. "It is. Definitely blessed to have an opportunity to travel the world."

Michelle Evans, Junction City,  said she was a little nervous about the ride at first. The members of the staff trust one another and are close. On the bobsled ride she said it is hard to describe. "It took off and started getting faster and faster as we went and the car was shaking really bad, and as we went around the curves is when it was getting really scary. I was screaming." When it was over Michelle said was glad, though, that she had taken the ride.

By the way, the next trip for this traveling medical office crew, will be to South Africa.