Chapman girls will advance to the 4A State Tournament

The Chapman Irish girls basketball team ( 18-4 ) will play in the Class 4A State Basketball Tournament.  Chapman claimed the championship of their 4A Substate Tournament with a 47-41 win over Andale ( 16-6 )  Friday night.

The Class 4A State Tournament will be played next Wednesday, Friday and Saturday at the Tony's Pizza Events Center in Salina. 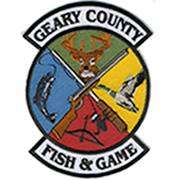 March is the beginning of the summer trap league for the Geary County Fish & Game Association. According to the Association newsletter the league runs until October.

This league has been in operation for more than 35 years and its roots can be traced back to the old Junction City Gun Club at the Junction City airport.

Teams of seven members shoot 50 targets monthly, 25 at 16 yards and 25 at handicap distance, and the top five scores are used for the team score.

Team sponsorships cost $45 and that covers team and class trophies at the end of the year. League targets cost $14 each time you shoot them and shell trophies are awarded to the winnerand runner-up in each class on a monthly basis.